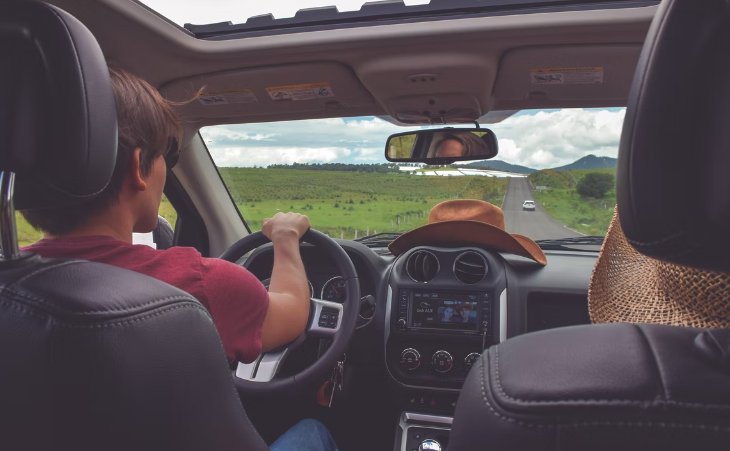 Oh, what a joy it is to be young and carefree — that is until you get behind the wheel. If a youngster driving the car is not careful, their lack of experience could contribute to them getting involved in a car accident. If you ever experience a car crash with a minor as the at-fault driver, you might be worried that you will not be able to get the compensation you deserve. However, working with qualified Miami car accident lawyers working by your side means that you have a chance to protect your rights and pursue the right legal avenues to seek reparations.

If you or someone you know was involved in a car accident with a minor as the at-fault driver, you need to work with lawyers well-versed in local and state laws that concern cases like yours where past verdicts have seen negligent parties held liable for causing damages, including car accident cases involving minors.

Today’s post will discuss the legal rights you have to pursue compensation if you experience a car accident caused by an underage driver. If you have a valid claim, there is a chance that you can be rewarded compensation to cover the medical expenses, property damage, lost wages, and other damages you have incurred due to the other driver’s negligence.

The law has a different set of standards for crimes committed by minors in determining their liability. Even among minors, different age groups of children are treated differently. For instance, a child aged six or seven might not know or understand what carelessness is. In that case, the minors are typically never held liable. However, it is possible for the parents of children that young to be held accountable for their negligence if it is proven that they were the ones who failed to do their duty in supervising their children.

The situation is slightly different if a child has grown enough to differentiate between what is right and what is wrong. In this case, the older children might be held liable for injuries they have caused to someone, whether intentionally or unintentionally. For instance, a child in a moving car can intentionally throw something out the window resulting in a car crash. In this case, the child and parent might be held accountable for paying for the damages.

Older children are typically held accountable for negligent behavior if it is proven that they did not take adequate care for the safety of others of the same age. Someone in their mid-teens might be held to the same level of accountability as an adult.

If a minor is old enough to drive and causes an accident due to negligent behavior, the standard of accountability held for them would be similar to that of adults.

Who Pays for the Damages When a Minor Causes a Car Crash?

Suppose that a minor was driving their parent’s car and caused an accident, and they do not have insurance. In that case, their parent’s insurance policy will be used to pay for the damages they caused. The accident victim’s attorney can discuss the matter with the at-fault driver’s insurance company to negotiate a settlement that adequately compensates you for the damages you suffered.

Depending on the severity of the car crash caused by the minor, it is possible that the insurance might not be enough to cover all the damages. There is also a possibility that the minor at-fault driver has no insurance. In that case, your only option might be to file a claim with your own insurance company to cover any of the difference. It is always a good idea to discuss your case with a lawyer experienced in dealing with car accident cases, especially if you have a claim involving an under or uninsured driver.

There is a possibility that the child is uninsured, and they cannot cover the compensation that adequately repays you for the damages you suffered. In that case, you might have to file a lawsuit against the minor. In such a scenario, the minor who caused the car crash might be held liable by Florida’s court to pay for the damages they caused once they reach legal age and start earning a living.

The Possibility of a Guardian Ad Litem

Suppose that the car accident caused by a minor behind the wheel results in damages greater than $15,000. In that case, it is possible for Florida’s court to appoint a guardian ad litem. A guardian ad litem is a person the court assigns to represent the minor’s best interest. It is an independent person assigned by the court, not the child’s legal representative or the accident victim’s lawyers.

The parents or legal guardians of a minor can settle car accident claims for minors in an out-of-court settlement if the damages are lower than $15,000. However, an amount higher than $50,000 will be handed over to a guardian ad litem by Florida’s court according to Statute 744.3025.

Note that the guardian ad litem is not a legal guardian or a parent to the minor. Rather, it is a person appointed by the court who would have nothing to gain or lose from the case’s result. The guardian ad litem will be tasked with acting as a friend to the child. They will be responsible for reviewing all the facts surrounding the car accident case to ensure that nobody is violating the child’s rights or compromising their best interests.

The guardian ad litem may make requests from the court on behalf of the minor they are assigned to for the car accident case. They are also tasked with filing a comprehensively written report that comes with recommendations and any requests from the child they represent.

Car accident cases can be quite complex. It is never an easy undertaking, even when the case is straightforward. Dealing with the aftermath of a car crash becomes more complicated if the at-fault driver is a minor. Despite the person being underage, injury victims need to have their rights protected by Florida’s laws.

It is possible for you to take legal action after experiencing a car crash caused by a negligent minor driving the other vehicle. However, the approach to pursuing reparations for the damages you incurred has to be reasonable. Florida’s personal injury law and the regulations surrounding car accident cases are already complex. A minor coming into the mix can make it completely overwhelming to deal with all the issues, especially without help from a legal professional experienced in dealing with such cases.

Hiring experienced Miami auto accident lawyers after car accident cases can maximize your chances of getting full and fair compensation. They are well-versed in the local and state laws and past cases similar to yours, giving them a better perspective on the approach that could get you a positive outcome for your car accident case against a minor who was the at-fault driver.

How to Boost Testosterone for Massive Muscle Growth

How to Kill Boredom

How to Choose Chic Plus-Size Clothing